Attorney John E. Horn of the law firm of Horn & Kelley, PC, just won another social security disability case, this one at the application level, step one of the Social Security Disability process.  He won the claim of a fifty-nine year old Matteson disability applicant who suffered from an occlusion in the branch retinal vein on his left side, permanent eye damage requiring injections, chronic lower back pain, two level fusion and arthritis in back, and high blood pressure.

We Can Handle Matteson Disability Claims at All Levels

Free Consultation, No Fee Unless We Win 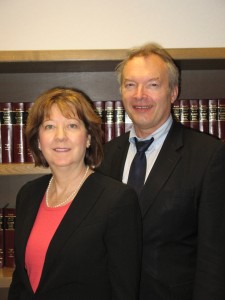 With locations in Tinley Park, IL; La Grange, IL; Chicago, IL; & Highland, IN, getting started on your Social Security Disability claim has never been easier.